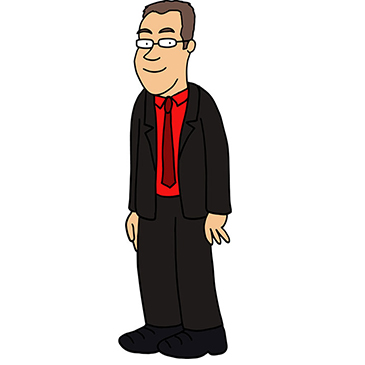 University of Bristol scientist Professor Richard Pancost will feature in the 97 Hours of Consensus campaign addressing one of the most significant and harmful myths about climate change.

Each hour, beginning at 9am US Eastern Time on Sunday 7 September, a statement and playful, hand-drawn caricature of a leading climate scientist will be published and shared on social media around the planet.  Each caricature lists the scientist’s name, title, expertise and academic institution.

97 Hours of Consensus communicates the fact that 97 per cent of climate scientists have concluded that humans are causing global warming.

Research, conducted by scientists at the University of Queensland’s Global Change Institute, University of Reading, Michigan Technological University and Memorial University of Newfoundland found that 97 per cent of relevant climate papers endorsed human-caused global warming.  The paper was published in the academic journal Environmental Research Letters in May 2013.

UQ Global Change Institute researcher John Cook, who led the consensus research, said there was a large gap between the 97 per cent consensus and public perception.

"Fewer than 10 per cent of Americans are aware of the 97 per cent consensus on climate change.  This 'consensus gap' matters.  When the public aren't aware of the overwhelming scientific agreement on global warming, they’re less likely to support action to mitigate climate change," Mr Cook said.

97 Hours of Consensus seeks to close the consensus gap.  The campaign begins on 9/7 (the date itself reinforcing the 97 per cent consensus).

The campaign is being conducted by Skeptical Science, a volunteer website that debunks climate misinformation with peer-reviewed science.  The website won the Australian Museum 2011 Eureka Prize for Advancement of Climate Change Knowledge.  Further, their research won the journal’s award for best paper of 2013.  It is the most downloaded paper in the 80 journals published by the Institute of Physics and was tweeted by President Obama.

The caricatures for 97 Hours of Consensus were drawn by John Cook, founder of Skeptical Science and research fellow in climate communication with the Global Change Institute at The University of Queensland.

Visit the interactive webpage featuring the quotes and caricatures at http://sks.to/97

Professor Pancost said: "What we understand well is that humans have increased atmospheric CO2 and that has caused and will continue to cause global warming.  There are uncertainties in exactly how temperature and sea level will rise.  And there is uncertainty regarding its impacts, especially on food and water security.  But such uncertainty is a cause for action, not inaction."