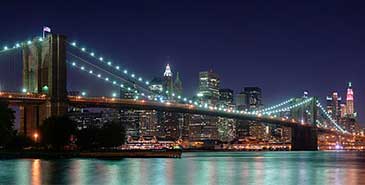 Channel measurement and modelling: Bristol’s perspective on an endless quest

For more than 20 years academics from the University of Bristol have played a key role in the development of wireless communications. In particular, they have contributed to the development of today’s Wi-Fi and cellular standards. Two Bristol engineers, who are leaders in this field, have been invited to a meeting of technology leaders to discuss the future of wireless communications.  The first “Brooklyn 5G Summit” will be held next week [April 23-25] in New York, USA.

Andrew Nix, Professor of Wireless Communication Systems and Mark Beach, Professor of Radio Systems Engineering in the Department of Electrical and Electronic Engineering will represent the University and the UK at the international event.

The introduction of multiple-input multiple-output (MIMO) signal processing heralded the introduction of numerous new models and measurement techniques. It became necessary to analyse the time dynamic structure of the matrix channel and its relationship with multipath spread and transmit/receive array geometry. Bristol’s ray tracing models were enhanced to support 3D polarimetric antenna patterns and operation in picocells, as well as macrocells.

Professors Andrew Nix and Mark Beach said: “At the summit we will explore the challenges introduced by 5G+ network designs. The rise of data traffic growth will see disruptive new technologies emerging in the mmWave bands (60-90GHz). Smart antennas for backhaul and mobile access are now required to overcome the challenges of path loss and dynamic shadowing.

“We have entered a new phase of channel measurement and modelling. The race is now on to characterise urban mmWave channels and to use the resulting data to develop efficient 5G networks by 2020.”

Today the interest in 3D channel models has intensified. In the quest to maximise capacity, new systems are looking to exploit both the azimuth and elevation domains, especially in small cells. In partnership with NSN, Bristol’s latest ray tracer, which models every building and tree over 150 square kilometres of London, has helped define the structure and parameters of the new 3GPP 3D channel model. This model is being used within the industry to quantify transformational technologies such as 3D beamforming and massive MIMO.

The first “Brooklyn 5G Summit” will be held from Wednesday 23 to Friday 25 April 2014 at the NYU Polytechnic School of Engineering in Brooklyn, New York, USA.

Professors Andrew Nix and Mark Beach will speak at the summit on Thursday 24 April 2014.

His research interests include radio wave propagation modelling, advanced Wi-Fi systems and 5G networks and architectures. Andrew’s outdoor ray models were amongst the first to fully support MIMO communications and are well known for supporting “whole city” analysis, including illumination to and from airborne platforms. His indoor models are used extensively in the test and verification of in-home Wi-Fi routers.

Andrew was a founder member of ETSI RES10 (1992-1995), the committee that drafted Europe’s first WLAN standard (Hiperlan), and later participated in the formation of the IEEE 802.11 standards.  In 2001 Andrew co-founded ProVision Communications, a UK based company that specialises in the robust transmission of whole home HMDI signals via Wi-Fi and Wi-Fi over cable solutions. In 2013 Andrew joined the Strategic Advisory Board of BluWireless Communications, a Bristol based SME developing gigabit backhaul and access solutions in the millimetre wave bands.

To help promote electrical and electronic engineering Andrew sits on the advisory board of the UK Electronics Skills Foundation. Andrew has successfully supervised more than 50 PhD students and published in excess of 400 journal and conference papers.

About Professor Mark Beach
Mark Beach received his PhD for research addressing the application of Smart Antennas to GPS from the University of Bristol in 1989, where he subsequently joined as a member of academic staff. He was promoted to Senior Lecturer in 1996, Reader in 1998 and Professor in 2003. He was Head of the Department of Electrical and Electronic Engineering at the University of Bristol from 2006 to 2010.

A core focus of his research is the application of multi-element antenna systems (also known as Multiple-Input Multiple-Output (MIMO) or Smart Antennas) to enhance the performance of wireless systems in terms of higher data rates, whilst conserving both bandwidth and power. Fundamental to the successful design and deployment of such systems is an in-depth understanding of the multi-dimensional wireless channel necessitating joint characterisation of both the antenna elements and the propagation medium. He has established a world-leading multi-channel spatial-temporal measurement and analysis facility at Bristol, with an operational capability only matched by a few research centres across the global, with the outputs driving the channel models associated with the wireless standards. His track record in this field and strong industrial collaborations also played a major role in attracting the University Innovation Centre in Communications, Computing and Content to Bristol, and more recently the EPSRC funded UK Centre for Doctoral Training in Communications.

Mark is the UK Representative on EU COST IC1004, member of the EPSRC ICT Strategic Advisory Team (SAT) and a member of the mVCE steering board. He is a regular speaker at international events on the future of wireless communications and external PhD examiner both in the UK and overseas.