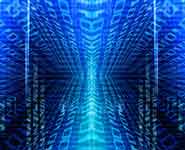 The University of Bristol is taking part in a unique code-breaking competition as part of this year’s Cyber Security Challenge UK.

The University of Bristol is taking part in a unique code-breaking competition as part of this year’s Cyber Security Challenge UK.  Four UK University Computer Science departments have accepted the challenge to develop their own cipher – a puzzle based on encrypted messages – that will be released to other participating universities and Challenge candidates to break.

The four-week virtual tournament will start today [Monday 21 January] with a cipher from Bristol University and a new cipher will be released each week.  The challenge is designed to inspire students who are particularly interested in entering cyber security careers and practising their skills. It will also act as a proof of concept for a series of university-on-university competitions that the Cyber Security Challenge is looking to run in the future.

The University Cipher Challenge is being coordinated by the Cyber Security Challenge UK and PwC as part of their strategy to engage with the education community and highlight and develop talent in the UK’s student population. A scoring system has been developed by cyber security professionals at PwC and each university will be marked in three categories: ingenuity of cipher design; successful completion of another university’s cipher; and least number of “cracks” by other Challenge candidates.

Stephanie Daman, CEO, Cyber Security Challenge UK, said: “The University Cipher Challenge is something completely new. This is the first time that universities have been asked to develop their own cipher, putting the skills of their students in competition with those from a rival.

“The UK has a world-class academic base in cyber security and this tournament represents a great opportunity for existing Challenge candidates and new players to test the hard, code breaking skills and out-the-box thinking that the cyber security profession requires. We are running this as a pilot with the ambition to encourage more university departments to take part in 2013/14 as we embark on a dedicated education programme featuring university based cyber camps and a set of competitions specifically designed for students.”

Andrew Miller, Government & Public Sector Cyber Security Director, PwC, added: “As the largest professional services firm, we advise many organisations on the growing number of cyber security issues on a daily basis. The cyber security landscape is constantly developing and the research conducted at world-leading universities is important to us in maintaining an advantage. We were keen to support the Challenge’s collaboration with the academic sector by judging entries for the University Cipher Challenge. The tournament is a fantastic way to identify and develop the cyber security professionals and leaders of the future who will be integral to securing the success of UK PLC.”

Nigel Smart, Professor of Cryptology at the University of Bristol, explained: “Cyber security challenges are a great way of getting people to notice that cyber security is a really important area. Indeed it is going to be one of the growth areas in the coming decade and we need to encourage as many as possible to consider this as a possible career path. Not only from the technical (computer science) side, but we also need mathematicians, sociologists, psychologists, lawyers and public policy experts to consider the great challenges we are going to face as the century progresses.”

• Edinburgh Napier University – The only Scottish university, its Computer Science department recently launched a part-time MSc in Advanced Security and Cybercrime, allowing those in full-time employment to develop skills in cybercrime, forensics and computer security.

(*according to The Complete University Guide: league table for computer science 2013)

The Cyber Security Challenge UK began in 2010 as three competitions run by a small group of supporters from industry, government and academia to address a skills gap in the cyber security profession. Now, in its third year, the Challenge has grown its range of competitions to better represent the variety of skills currently demanded within the profession. Today the Challenge is backed by around 50 sponsors and also acts as a source of guidance for those keen to enter the industry.

Cyber Security Challenge UK runs a series of national inspirational competitions aimed at attracting talented people into the profession and informing them about cyber security careers and learning opportunities. Now in its third year it is running an ambitious programme of competitions and activities designed to spread the word about why cyber security is such a fulfilling and varied career and help talented people get their first cyber security jobs. It is sponsored by some of the UK’s most prestigious public, private and academic organisations and is making a notable difference to the career prospects of those with the talents and aptitude to become cyber security professionals. The following organisations are helping in various ways to deliver the Cyber Security Challenge UK and make it a success: