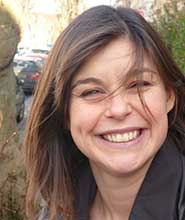 University of Bristol industrial archaeologist, Dr Cassie Newland, will be presenting the new landmark BBC Two series, The Genius of Inventions, which starts on Thursday 24 January.

Dr Newland, a teaching fellow in the Department of Archaeology and Anthropology joins Michael Moseley and Professor Mark Miodownik as they unlock the nature of invention and explore how inventions changed the lives of ordinary people over the centuries.  The series will run for four weeks and will look at speed, power, communication and the visual image.

Dr Newland is an expert on the development of telegraphy during the nineteenth century.  She completed her PhD in Bristol's Department of Archaeology in 2006, and now teaches on the MA in Historical and Landscape Archaeology.  She has previously appeared on Time Team and Coast but this series is her first real opportunity to present archaeology.

Dr Newland said: "It was a fantastic series to make that really got into the nature of invention."

Members of Bristol's Department of Archaeology and Anthropology have an impressive record of working on landmark archaeology and factual TV series, including Professor Mick Aston in the long-running Time Team, Professor Mark Horton in Time Flyers and Coast and Professor Alice Roberts in Coast and The Incredible Human Journey.

The Genius of Inventions begins at 9pm on BBC Two on Thursday 24 January.