Margaret Jull Costa awarded with Order of the British Empire

Translator Margaret Jull Costa was appointed Officer of the Order of the British Empire and who has visited the School of Modern Languages in recent years to launch events. 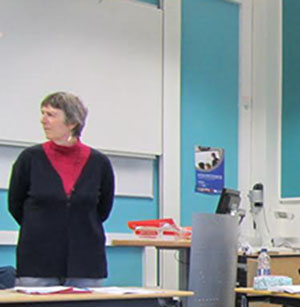 In recent years, Margaret came to our School of Modern Languages twice; firstly, in March 2010, to launch the English translation of Portuguese writer Teolinda Gersão’s novel A Árvore das Palavras (The Word Tree), accompanied by the writer herself, and in October 2012, for a translation workshop with students of Portuguese and for launching her English translation of Saramago’s novel Levantado do Chão (Raised from the Ground).

The Department of Hispanic, Portuguese and Latin American Studies at Bristol is extremely happy for Margaret and for her OBE, which recognizes her services in making known to an English-speaking readership some of the most important Iberian and Latin American writers.