Students and staff from the Department of Russian put on the annual Russian Show with an evening full of singing, dancing, theatre and poetry.

The annual Russian Show put on by students and staff from the Department of Russian was once again an enjoyable evening comprising of singing,dancing, theatre and poetry.

Students in their second year of studies gave a recital of Boris Pasternak's poem Winter Night which described the burning candle as a shining beacon of hope in the bleakness of the Russian winter and appeared in his famous novel, 'Dr Zhivago'.

The "Kadril" (a traditional Russian folk dance) was performed with all the fun and happiness that is linked with this informal dance.  The dancing was produced and staged by one of the undergraduate students, Hannah Garner.

Fourth year students and staff then performed an extract from 'The Twelve Chairs' by Ilya Ilf and Yevygeny Petrov.  The authors became extremely popular in 1920s and 30s for their satirical writing.  The audience were treated to the extract whereby the classic hero/conman, Ostap Bender, in search of family treasure hidden within the upholstery of one of a set of dining room chairs that were seized after the Bolshevik Revolution, meets with Elochka Shukina, an unsophisticated social climber.

The final act of the show was the rendition of Vernissage by Su Tuncer and Jacek Glowacki.  The song, composed by the famous Latvian composer Raymond Pauls, tells the story of two people who go to a gallery opening with their respective partners, but they start falling in love with each other.  The last chorus included a sing-along with the audience (a dry-run through for pronunciation purposes was provided before the song began). 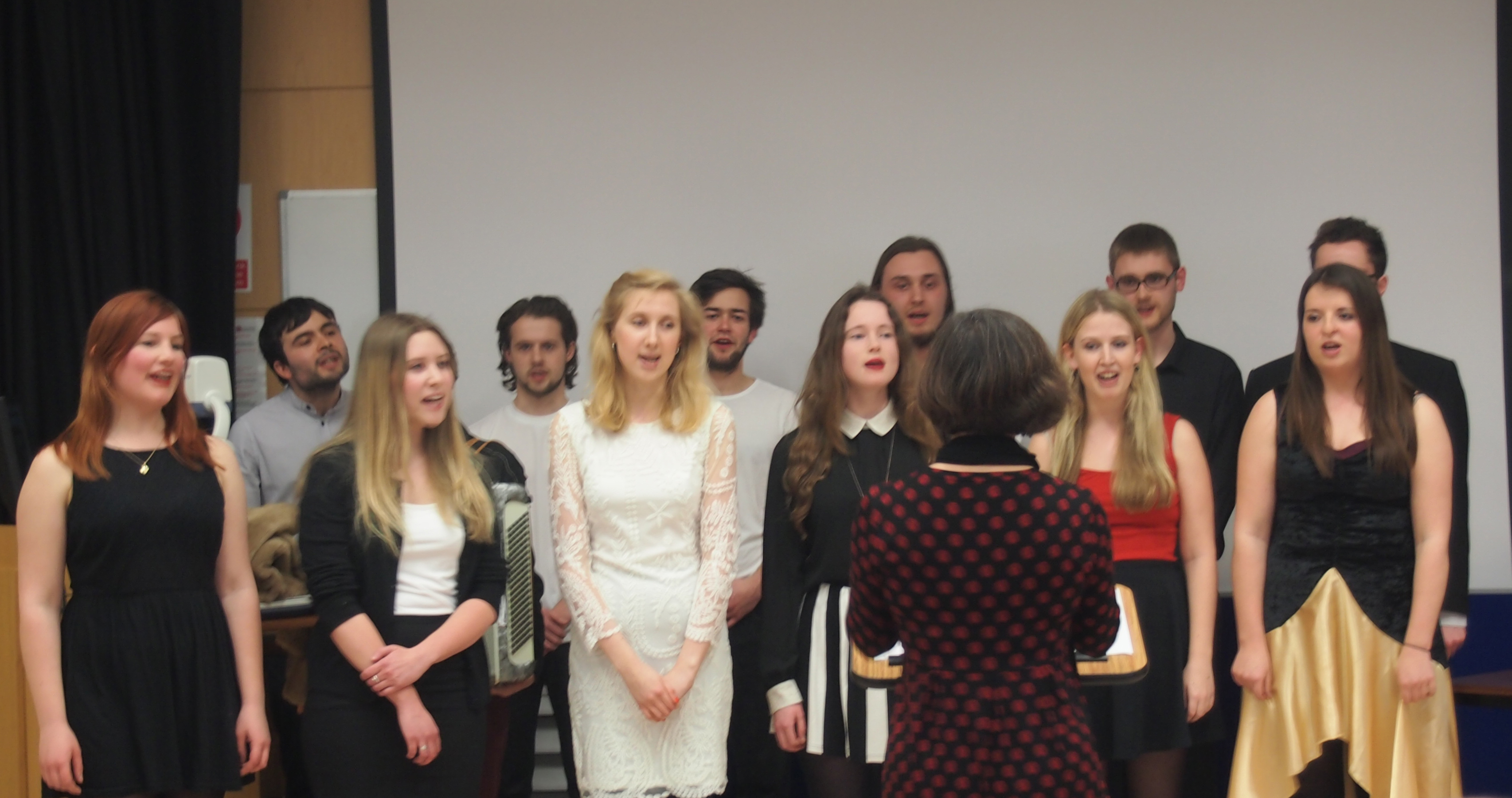 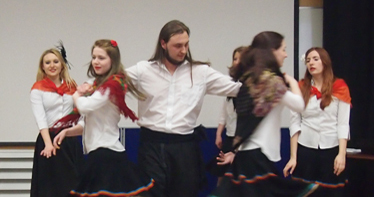 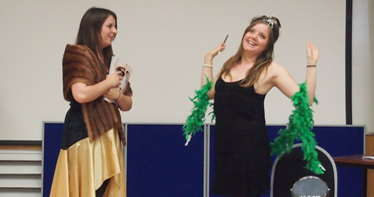