Thanks to the financial support of the School of Modern Languages, on Wednesdays 7th and 12th December students of Reading the Media were taken to BBC Bristol. 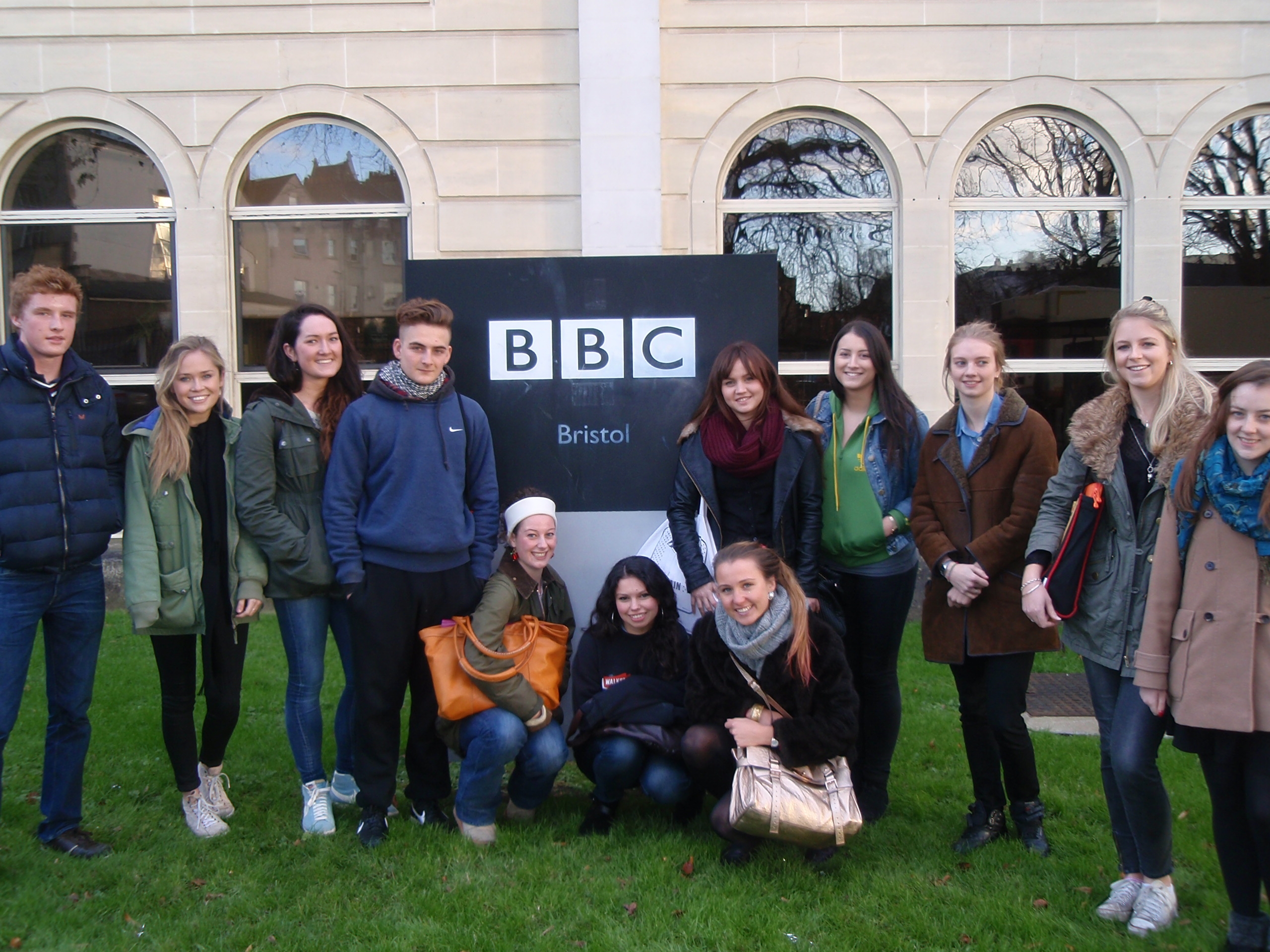 Thanks to the financial support of the School of Modern Languages, on Wednesdays 7th and 12th December students of Reading the Media were taken to BBC Bristol to discover the world of the media from inside and understand the process of media production from conception to broadcasting.

This was a great complement to the course, both theoretically and practically: students got an insight into the production of natural life documentaries, which Bristol is famous for worldwide, and they were put in the shoes of TV news presenters and actors of a radio drama, which was both very informative and entertaining. 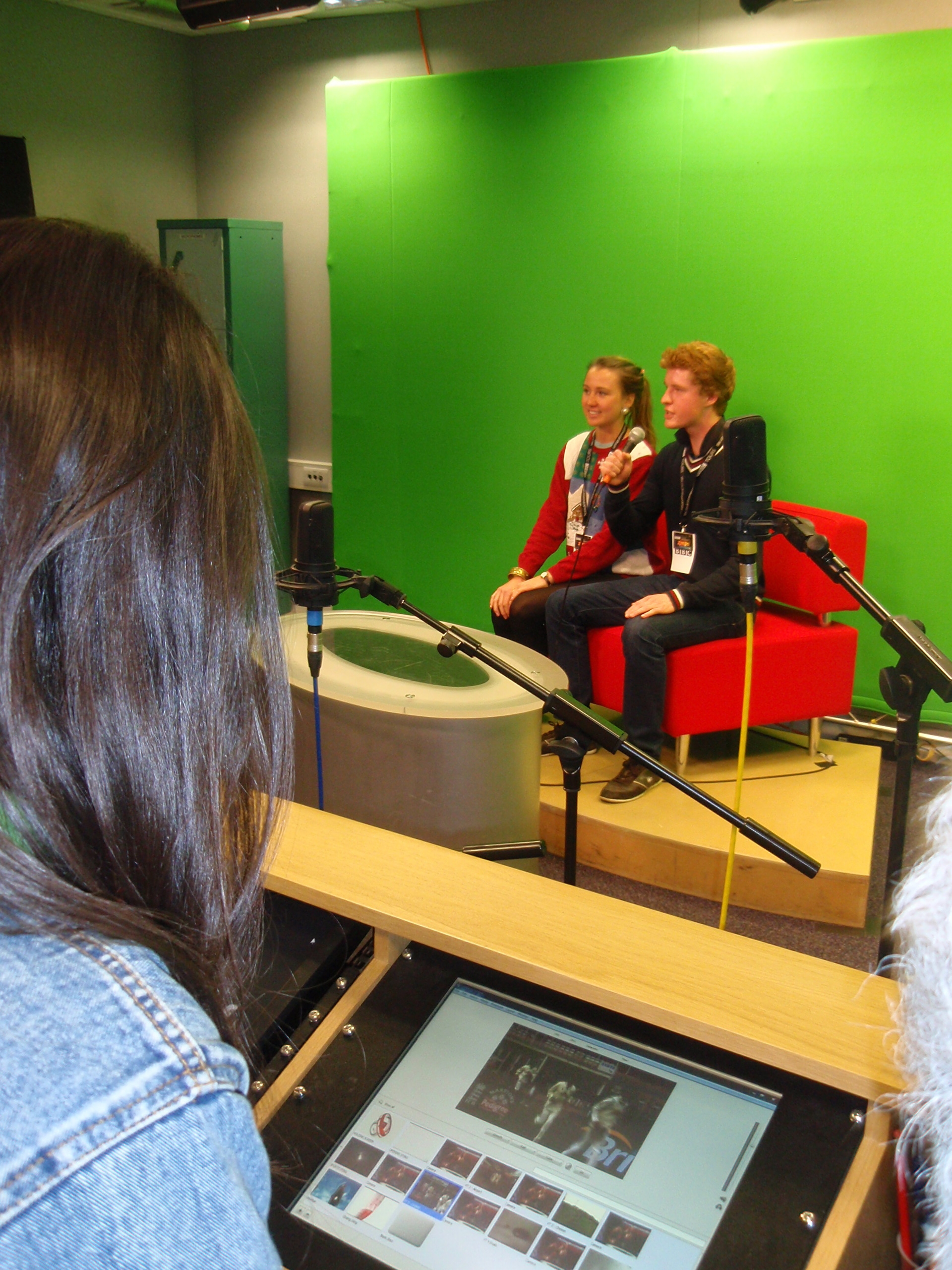 Rachel Hosie, a French and German student on the course, describes her experience: "As keen media students, the opportunity to look round an organisation as well-established as the BBC was not one we would take for granted. It was fascinating to see behind the scenes first-hand and learn all sorts of inside information about how TV news, radio and documentaries are made. However, the highlight of the trip was probably being able to have a go at being news presenters and radio actors ourselves! We all found the experience really interesting, fun and inspiring."

Reading the Media is a new School Unit in Year 2 – it is a content-based study of the media through which students acquire the skills and methodology to explore and make sense of the production of a variety of media texts and news reporting and comment on current affairs and cultural issues in relation to the media. In the unit, we also look at the way in which the internet has modified media consumption, and there is a strong focus on comparison between the UK and foreign cultures as a way of helping the students develop a better understanding of European and South-American countries.