The School of Modern Languages hosted its now annual Languages Day on 26 June 2012. 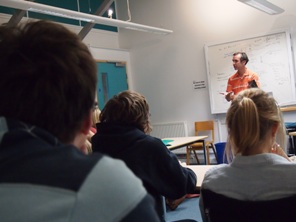 The School of Modern Languages hosted its now annual Languages Day on 26 June 2012.  Around 130 students from 20 schools in the South West region attended events which included language and cultural sessions with academic members of staff, talks about life at university with current modern language students and a tour of the University precinct.

The aim of the day is to give school students an insight into what it is like to learn modern languages at university level. This year, language taster sessions in Catalan, Czech, Portuguese and Russian were held plus post GCSE/mid A-level language sessions in French, German and Spanish.  The cultural sessions included talks on the Spanish Civil War, the language of football, historical linguistics, and poetry and language in France to name but a few.  Current students were involved as ambassadors throughout the entire day and gave their own talks about what student life was like at Bristol and the year abroad. 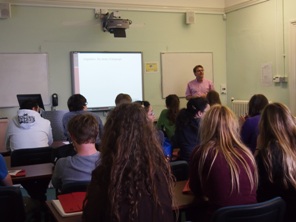 The day concluded with advice about applying to university, particularly the writing of the personal statement.

Languages Day is now an established event in the School’s calendar and has proven to be a hugely enjoyable event for students, teachers and staff within the School of Modern Languages.

Feedback this year from teachers included:

“Many, many thanks for the MFL day at Bristol today.

It was great to hear my students talking so positively about language learning afterwards.  They thought it was inspirational!....Learning Portuguese and other languages with a mix of culture and history was expertly done.  It was also a treat to hear about historical linguistics as this is something not covered at all in language learning throughout school and college...and it is vital for future understanding of languages.” 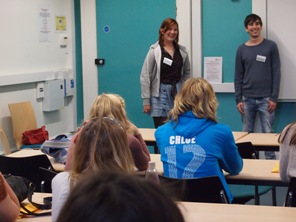 “Thank you to you, your colleagues and the student ambassadors for a great day today!  The feedback from my students was very positive and they were literally ‘buzzing’ on the way back about the prospect of studying languages at university; a real success there!”

“...It was a real success, and the pupils enjoyed moving independently around and having a succession of very enjoyable and informative sessions.”