Alumni lecture: 'The takeover of SABMiller by AB Inbev'

As part of the Distinguished Alumni Lecture Series, Charles Martin, senior partner at Macfarlanes will be giving a lecture on 'The takeover of SABMiller by AB Inbev'.

Charles graduated from Bristol University with an LLB in 1982, became a partner in Macfarlanes in 1990 and Senior Partner in 2008. He works principally in M&A and private equity, acting for sponsors and corporates. Much of his work is cross-border in nature.

Charles is rated in the top tiers of the most highly recommended M&A and private equity lawyers in the UK by the leading directories including Chambers.

Clients look to him particularly for strategic counsel and tactical input on a wide variety of legal matters including M&A negotiations and litigation.

Charles is outspoken in his views about the industrialisation of the legal profession: the impact of BigLaw - increasing scale, corporate-style management - on the quality of work and type of service that clients see and on the careers of lawyers. He is passionate in championing the paramount importance of technical lawyering, listening as a legal skill, independence and ethical standards generally, decency of culture and having fun both to his own firm and the legal profession generally. He writes frequently on issues such as the future of independent law firms, collaboration and culture as well as editing and contributing to several books on take-over law and private equity.

Charles has worked for many of the firm’s larger clients over the years including Verizon Communications, Alchemy Partners, Paul Reichmann, Saatchi & Saatchi,Candover Partners, Goldman Sachs International and Vivendi.

Charles lives in London and the eldest of his three sons is studying for the Bar. Sarah, his wife, is a lawyer and Associate Fellow at Oxford University’s Saïd Business School, coaching and teaching leadership, mainly to lawyers.

Charles was named Law Firm Leader of the Year at the Legal Week’s British Legal Awards 2013 and Partner of the Year 2014 by Financial News. 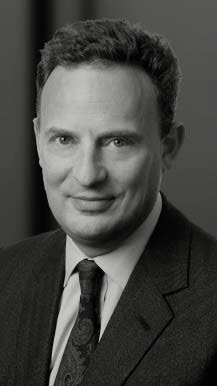