Transition to a low carbon world requires  a combination of culture, politics, economics and engineering. Without the engineering tools such a transition is impossible. The talk will catalogue some past achievements of renewable energy and also encourage a new generation of engineers to apply their energy and skills to this goal. The talk will investigate sustainability not just as an obligation on us all but also as a huge business and technical opportunity.

In 1984 Andrew Garrad co-founded the Garrad Hassan Group which grew to become the world’s largest renewable energy consultancy. It is now part of DNV GL. Garrad Hassan twice won the Queen’s Award for International Enterprise. Dr Garrad has been involved in wind energy for more than 30 years. From 2013 to 2014 he was President of European Wind Energy Association (EWEA) and he is a past-Chairman of the British Wind Energy Association. In 2006 he received the EWEA’s Poul la Cour prize and in 2015 he received the Eolus prize from the Hellenic Wind Energy Association. He is a Fellow of the Royal Academy of Engineering and is an Honorary Fellow of New College, Oxford. He has a BA from Oxford University, a PhD from Exeter University and an honorary doctorate (DEng) from Bristol University. Andrew is also Chair of the Bristol Green Capital.

After a break last year, this event marks the return of the Annual Garrad Hassan Lecture and will be the first of a series of lectures this year on the theme of Transition Engineering. Further events to be announced in the near future. 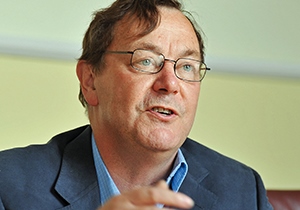