Helen Browning runs a tenanted 1,350 acre organic livestock and arable farm in Wiltshire, which supplies organic meat to multiple retailers. The business recently diversified to take on the running of the village pub, successfully adding a restaurant. She was previously Director of External Affairs at the National Trust and before taking up that role she was Food and Farming Director at the Soil Association for many years.

She is also Chair of the Food Ethics Council and has been a member of several important commissions concerning British agriculture and food, including the Curry Commission on the Future of Farming and Food; the Agriculture and Environment Biotechnology Commission; and the Meat and Livestock Commission. She was awarded an OBE in 1998 for services to organic farming.

Helen was appointed as Chief Executive in October 2010 and took up the post in March 2011. 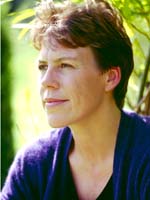