The Anthropocence names humans as a geomorphic force. In the most basic sense, it nominates a common image and destiny for the human as future fossil, strata, and geologic earthwriter.

Yet, what language do we have we to describe this geological life, its territorialisation and its incorporeal manifestations?

If the future is already given in the spectre of the geomorphic trace—that is, the Anthropocene defined through its end—what kind of originary thinking is sedimented into "Man" such that it releases this inheritance?

What origins would be needed to infect its ends to release a futurity that is Not-Man?

Rather than asking after the last human, the posthuman, I propose that it might be useful to think about what is it about the prehuman and its archaeology that makes such an anthropogenic future possible in the first place.

The tie of origins and horizons make it necessary to be attentive to how the question of Man is raised and what this institutes in terms of structure and modalities of thinking the human.

What is oft called into question in the Anthropocene is the impact of man as a material agent on the earth, but what is not often remarked upon is the unity of the anthropos as it is gathered into the geologic.

Drawing on the work of feminist theorists (Kirby 2011; Grosz 2011; Colebrook 2011), I question the seductiveness of thinking about the "Age of Man", and its anthropomorphising of the rocks rather than geomorphising of them.

Nb.  This event is open to all University of Bristol staff and students.  This event runs from 4 pm - 5.30 pm. 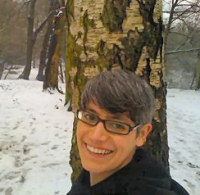