The Institute of Greece, Rome and the Classical Tradition 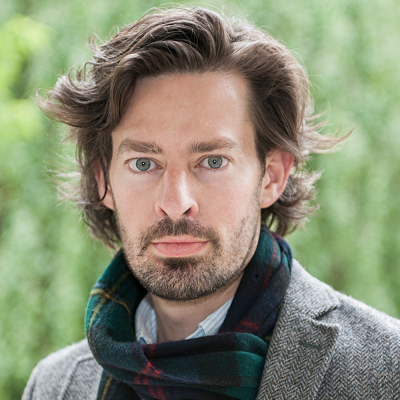 Dr Folit-Weinberg’s work operates at the intersection of literary criticism, ancient philosophy, and cultural and conceptual history. His past and current research explores how Archaic and Classical Greek thinkers figure meaning, with a particular focus on how poetic imagery and everyday language underpin foundational concepts in Western thought. In his PhD-thesis and the book manuscript it has become, he provided an account of the Presocratic philosopher Parmenides’ pioneering development of extended deductive argumentation by examining the central importance of Parmenides’ thinking and speaking in terms of the ‘hodos’ (‘road’, ‘route’, ‘way’, ‘path’, or ‘journey’). As A.G. Leventis Fellow, he will continue on this road by exploring the place of the hodos in the Archaic and Classical Greek cultural landscape, with a particular focus on the central role that roads play in structuring the semiotics of dramatic stage space and in Plato’s construction of his ontological and epistemological frameworks.

Medi graduated from the university of Edinburgh in 2018 with a 1st class MA Hons in ancient history. Compelled by the visual and material culture of the ancient world, she focussed my attention on classical archaeology courses when given the opportunity to specialise at honours level. Her dissertation, entitled ‘Commagenian Funerary Monuments: Ancestry and Identity in the Roman East’, considered the multicultural inputs and ideological similarities between the funerary monuments of the ruling dynasty of the Hellenistic kingdom Commagene.

Medi's Mphil in Classics and Ancient History at Bristol will be supervised by Dr Shelley Hales and Professor Nicoletta Momigliano. Her research will focus on the transformation in the representation and reception of nymphs in art between the Hellenistic – Roman periods. She will identify how imagery of nymphs changed, the stimuli for this artistic development, and how this development can be used to elucidate wider socio-cultural changes in antiquity, for example gender relations, political ideology and pantheistic worship. She intends to highlight that this significant transformation percolated throughout art history and has influenced misconceptions of nymphs in the modern era.

There have been, in recent years, various publications and projects which have brought certain hitherto-neglected individuals and collections to light, but the study of Egypt in Scotland, and its impacts on Scottish cultural and intellectual perceptions, has never been systematically or formally studied as a theme in itself. This study will follow the formation, growth and change in both museum and private collections, and the establishment of related societies and lecture programmes. It will trace the activity and contribution of key individuals to Scottish Egyptology in the 19th to mid-20th centuries, and investigate how these outputs found their way into and influenced views and understandings of ancient Egypt within Scotland.