The IGRCT invites singers to submit recordings of themselves singing a part of the new piece Sisyphe. The finished recording will be premiered at the Donors' Celebration Lecture later in the Spring.

The IGRCT is delighted to announce the launch of the Anchorae Isolation Choir Project, Sisyphe, in anticipation of our annual Donors’ Event Celebration Lecture later on this Spring. 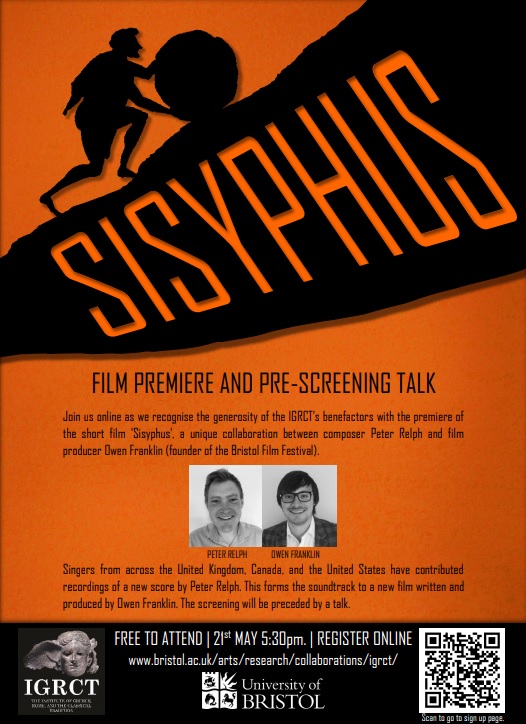 ​We warmly invite singers of all abilities to send a recording of themselves singing a part of Peter Relph's newly composed choral piece Sisyphe (either the Soprano, Alto, Tenor, or Bass) by the 12th of March 2021. These will be mixed together to produce a finished piece of music.

​The finished recording will be accompanied by a specially produced short film by Owen Franklin (film producer and owner of the Bristol Film Festival). This short film will be premiered at the IGRCT’s Donors’ Celebration Lecture later on in the Spring.

​To view the sample recordings (with click tracks), the PDF scores, and guidance for recording, click here.

​You can follow the progress of the project via our social media channels.