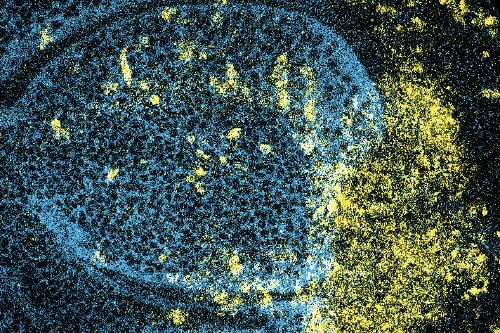 A set of genes that promote sweet taste sensation is also crucial for protein management during fly development, according to a new study led by of the University of Bristol and colleagues, published today (July 21) in the open-access journal PLOS Biology. The findings expand the understanding of a key process in successful development and suggest a connection between taste-related genes and disorders of protein aggregation.

Protein homeostasis or proteostasis, is the set of processes that maintain cellular proteins in a functional state and eliminate damaged proteins that cannot be repaired. Ribosomes are multi-protein molecular machines that synthesise proteins and mutations in genes that encode ribosomal proteins not only impair protein synthesis but also disrupt proteostasis, leading to chronic proteotoxic stress. That stress, in turn, has a host of cellular consequences and results in delayed development and other irregularities.

To better understand the disorders caused by such disruption of proteostasis, the authors compared gene expression in normal versus ribosomal protein mutant flies during the pupal stage of development. Unexpectedly, they found that a group of genes encoding six gustatory (taste) receptors, called Gr64 genes, were upregulated in the mutant cells.

This finding was unexpected because the Gr64 receptors had previously been known to be present in adult fly neurons, where they help the animal taste sugars, fatty acids and glycerol. In ribosomal protein mutant flies with just one (rather than two) working copies of the Gr64 genes, there was an increase in cell death via a process called apoptosis. Complete elimination of the Gr64 genes induced multiple morphological defects in the ribosomal mutants, but had little to no effect in cells with normal ribosomal proteins.

Cells bearing ribosomal protein mutants are at a disadvantage compared to normal cells and are often eliminated in developing tissue where both occur. Mutants carrying only one set of Gr64 genes were even worse off, the authors found, losing out to normal cells at an even greater rate. When the level of Gr64 proteins was variably and quantitatively reduced, the team showed that the most direct effect of reduction was on the function of the proteasome and autophagosome, two different routes by which damaged proteins are removed and recycled.

The connection between promotion of proteostasis and the sense of taste is likely through the molecular mechanism of the Gr64 proteins, which regulate calcium flow; changes in calcium levels are used as a signal transducer in sensory cells and also regulate multiple proteostatic processes, including both proteosome function and autophagy. Intriguingly, dysregulated and out-of-place gustatory and olfactory receptors have been detected in the affected brain tissue in several human diseases characterised by loss of protein homeostasis, including Alzheimer’s disease and Parkinson’s disease.

Professor Eugenia Piddini, Wellcome Trust Senior Research Fellow in the School of Cellular and Molecular Medicine at the University of Bristol, who led the study, said: “Our work suggests that gustatory receptors play a previously unrecognised role in maintaining protein homeostasis during development in the fly and points more generally toward the connection between calcium-modulating proteins and disorders of protein aggregation and proteotoxic stress.”

Professor Piddini added: “What I find truly fascinating about our findings is that they underscore the little we understand about how cells adapt to cope with proteotoxic stress. Our experimental strategy could be used further as a way to search and discover additional new proteostasis genes.”

Michael Baumgartner, co-author concluded: “These findings emphasise an important theme in cell biology: context is everything. It's easy to see the name ‘gustatory receptor’ and think that's the end of the story, but evolution can and will repurpose almost anything if it ends up being advantageous. This highlights the possibility that the seemingly hyper-specialised gustatory receptors might be more flexible than previously appreciated.”