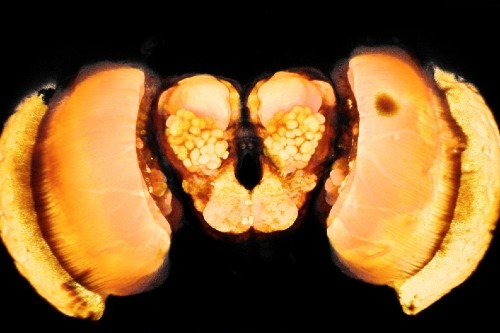 A scan of a butterfly brain Benito Wainwright 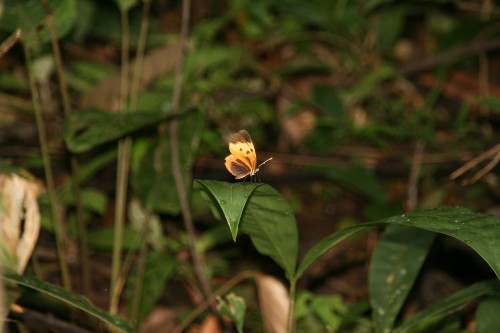 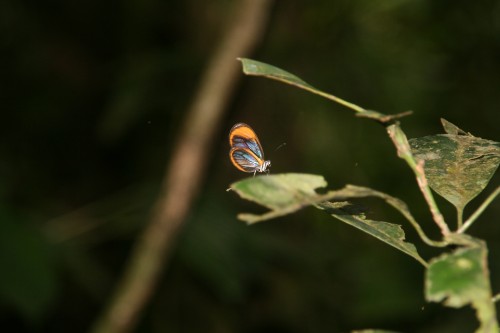 Habitat differences help determine changes in the nervous system of tropical butterflies, scientists at the University of Bristol have found.

By analysing a tribe of Neotropical butterflies called Ithomiini, found in the Amazonian rainforests of eastern Ecuador, the researchers were able to show that habitat shifts - indicated by mimicry pattern - accurately predict changes in brain structure, particularly in areas of the butterfly brain which process visual information.

The findings, published today in Evolution, provides strong evidence that these shifts in investment are adaptive and that local adaptation to distinct light environments can occur at very small ecological scales.

Lead author Benito Wainwright of Bristol’s School of Biological Sciences explained: “It was known that niche partitioning in complex habitats, like tropical rainforests, might pose perceptual challenges for the animals living in them.

“Work on fish in freshwater ecosystems had previously shown that dramatic changes in light availability with depth can result in impressive visual adaptations, but little was known whether evolution could select for such adaptations in a terrestrial environment like a tropical forest.”

Around 160 samples across 16 species were used making this one of the largest neuroanatomical comparisons undertaken in any insect.

Now the scientists are aiming to investigate sensory evolution across the entire community of butterflies to rigorously test whether convergence in habitat, predicts convergence in brain structure.

Mr Wainwright explained: “In other words, we want to know when faced with the same perceptual challenges, do species evolve sensory adaptations via similar mechanisms.

“We also wish to quantify the light environment within these forests to investigate to what degree small changes in forest structure affect the sensory environment.”

Their study cuts across the disciplines of evolutionary biology, ecology and neurobiology and on a broad scale highlights the importance of visual ecology in adaptively shaping entire communities of closely related species in complex terrestrial environments.

He added: “Ithomiine butterflies play a crucial role in many tropical ecosystems and so understanding these evolutionary responses will allow us to make more accurate predictions on how sudden changes in the sensory environment might affect the composition of entire rainforests.

“Our work shows that the way species’ have evolved to process the world around them plays an important role in the way entire animal communities are structured. Natural selection can lead to adaptive change in brain structure over relatively short periods of evolutionary time.”

This work was funded by a NERC, the Royal Society and a Royal Commission for the Exhibition Research Fellowship. We are also thankful to people at Estación Científica Yasuní (ECY) and Pontificia Universidad Católica del Ecuador (PUCE) in Ecaudor for enabling us to conduct the fieldwork.