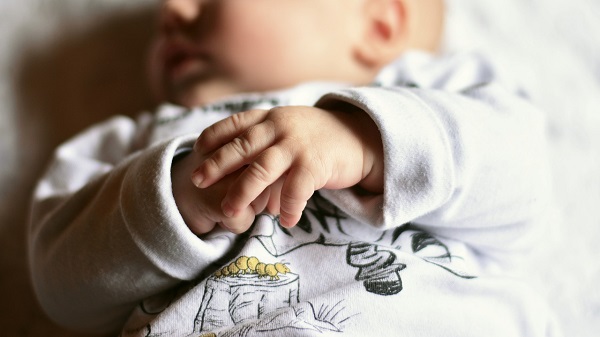 Using moisturisers on newborn babies does not prevent eczema as previously thought, according to a major new study.

Eczema is a very common skin problem affecting around one in five children in the UK. Eczema usually starts in infancy, and a generally dry skin is often one of the first symptoms in babies who go on to develop the condition.

It is thought that a faulty skin barrier could be the first step in the development of eczema. Moisturisers improve skin barrier function by providing a covering to the outermost layer of skin and trapping in water.

Some healthcare workers recommend that parents regularly use moisturisers to prevent eczema in newborn babies. The aim of the BEEP study was to determine whether such advice had any impact on preventing the development of eczema.

The team looked at 1394 newborn babies who were born to families with eczema, asthma or hayfever. The babies were randomly split into two groups. One group was advised to apply moisturiser all over their baby every day until their first birthday. The other group was asked not to use moisturiser. Both groups were given general skin care guidance.

The study found no evidence that the daily use of moisturiser during the first year of life could prevent eczema in the study children. There was however, a small increase in the risk of skin infections. The results also showed early indications that daily use of these creams may increase the risk of food allergy. The results are published today in The Lancet.

Professor Hywel Williams, a dermatologist at the University of Nottingham who led the study said “Much progress has been made in recent years on the treatment of severe eczema, but the goal of preventing eczema from developing in the first place remains elusive. Other small studies suggested that moisturisers from birth might prevent eczema, and we were surprised when our large study showed no effect at all.

“Whilst this is disappointing for sufferers who thought that was an option for their children, we can now recommend that this advice is not given to parents and begin looking at what other possible preventative options there may be. It is important not to confuse our study on moisturisers for eczema prevention with the use of moisturisers for people who have eczema, where the evidence of benefit is much greater”.

Dr Matthew Ridd, Reader in Primary Healthcare at the Centre for Academic Primary Care at the University of Bristol, said: "I'm very pleased that GP surgeries and families in the West of England area were able to contribute to this important study, albeit with disappointing negative findings."

The study was funded by the National Institute for Health research (NIHR) Health Technology Assessment Programme.

This work uses data provided by patients and collected by the NHS as part of their care and support and would not have been possible without access to this data. The NIHR recognises and values the role of patient data, securely accessed and stored, both in underpinning and leading to improvements in research and care. www.nihr.ac.uk/patientdata.